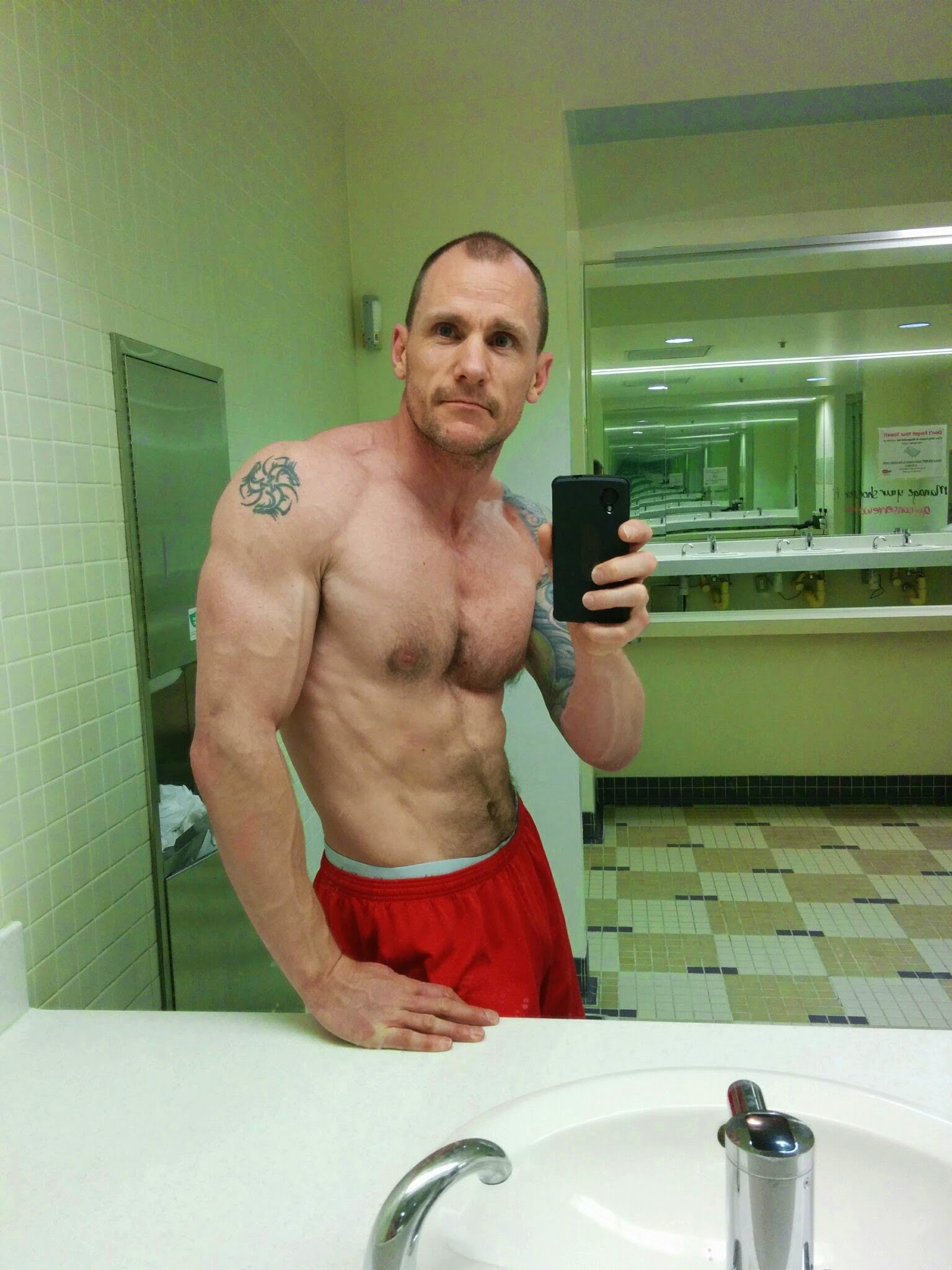 Overall, it’s been a pretty good week. Sure, I’ve definitely had some ups and downs–this is real-life, after all–but on balance, I’ll take it.

In terms of progress in the gym, it’s been a real roller-coaster! I went from starting out the week with multiple, epic PRs, to fizzling out last night with a pretty lack-luster workout; at least as far as the numbers are concerned. But given I am trying hard to play-down everything negative in my life right now, let’s keep things positive and start with those PRs.

Oh, and I’ve got to keep this post to less than 1K words, or my good friend Bryan Krahn may unexpectedly hurt himself if he pushes through to the end.

If you’re a regular reader, you might remember a post I made earlier this year about my goals. To save you the click-through, here’s the relevant part related to my lifting goals:

2. Achieve the following lifts/weights by mid-year:

Monday was a holiday this week, and given I use the gym at work, that meant skipping Monday’s leg session and taking the extra day of rest. It also meant doubling up the workouts on Tuesday to keep things on track, hitting my push session in the AM, and rolling legs at night. Not a great setup, you’d think, for busting out epic Squat PRs… but that’s exactly what happened.

The previous week, I’d moved my 265lb for 4 x 4 without too much fuss, and was excited to see 275lb coming down the pike. None the less, in the interests of maintaining progress, we set-up for 270lb. Three sets down, no problem. Three reps into the final set, and my training partner, Chris, stops me.

“Lets get your two-and-a-half plates; we’re doing it!“.

That was it. In spite of the volume we’d already done, it was 1RM day! We were strong, focused and I’ve learned you’ve got to take the opportunities that present themselves.

I still can’t quite believe it. Nearly a week on, and I’m convinced it didn’t happen! Three plates! Just such an epic moment. I had expected to inch toward that goal, scraping my way through a shitty looking lift to claim victory. But it just … happened. Down and up. Full depth. No stalling. No drama.

The other side of my goal, conditioning, is trying to get to 180lb at 10% body fat. That one is proving a LOT harder. As I wrote last week, I’ve been stuck around the 175lb for a couple of months at this point, and we didn’t make any more progress this week. This morning I weighed in at 173lb and ~10.5%. So again, status quo.

I am not sure what it’ll take to punch through this 175lb ceiling and start closing in on 180lb. Clearly, 180lb at 10% would have me holding a lean body mass higher than anything I’ve ever achieved before — this is certainly new territory for my body. And as my trusted advisers keep telling me, my progress to this point has been phenomenal, and that breaking new ground will be HARD. I think Bryan said that gaining 1-2lbs of muscle for him right now is a one-year project!

None the less, I am determined. So here we are, on a journey to 180lb.

Lions and tigers and … palpitations, oh my?

This last seven days, I’ve been battling with some pretty shitty and persistent palpitations. If you’re not sure that that is, don’t look it up. Nearly all paths of reading end in “you’re gonna die!”.

For me, a palpitation manifests as a skipped heartbeat, followed by a “thud” to clear-up the mess. And that’s literally what happens in a lot of cases. You skip a beat, blood pools in the heart, so the next heartbeat has more blood to clear — simple math, right? The trouble is, it doesn’t feel good.

One or two an hour, no big deal — we all get them. Some people barely notice. But when it builds to one every 10 seconds or so, and lasts for literally hours… you simply feel like you aren’t going to make it. That’s when the anxiety and panic kicks in, making everything ten times worse. It’s a really vicious cycle and you can spiral down fast. On Wednesday night, it hit hard; hard enough that I was contemplating going to the ER.

So why am I getting them? Who fucking knows! They can occur “naturally” and be entirely benign. They can occur in response to diet and exercise, low electrolytes, stimulants, stress and anxiety. They are also symptoms of serious fucking issues with your ticker, and a common pre-cursor to a heart-attack, stroke and other such loveliness. That’s why I don’t read about this shit. It be scary.

I am at the docs next Wednesday to talk about it. We are also checking my Thyroid again as I am convinced my natural levels are coming up with all the increased food intake, and we are perhaps seeing some excess in the system when combined with the Synthroid. If it isn’t that, I’m drawing a blank. Will keep y’all posted.

Other than that, things are good.

I’m still working through a couple of long-term niggles/injuries that hold me up in the gym, and I’m getting some more deep tissue work today to help with that. Otherwise, this weekend will be calling family and friends, eating and resting up for the week ahead. It’s supposed to be a hot one here in NorCal today