I had my final hydrostatic test of the year yesterday at the FitnessWave mobile testing unit that visits my office. It was my tenth test in almost exactly two years, and it’s been a fun and informative process.

The numbers from this final test are not all that impressive when considered in isolation, but when I add a little narrative and consider the longer journey, they stack-up pretty well.

Here’s how yesterday’s test breaks down:

Like I say, the numbers are not all that impressive in of themselves, but here’s a few data points that stand out.

First, it’s been three months since I tested with Aeron with that September test coming a month after hernia surgery and a torn hamstring. At that test, I weighed in at 170lbs and had lost about 8lbs of lean muscle. Luckily, I’d kept the diet under control during my time out of the gym and actually managed to shed a little body fat too. Still, in less than three months, I’ve managed to add back 7lbs of the lost muscle and not add too much fat in the process.

The trends have been good too.

Since September 29th, I’ve managed to add a hair over 1lb per week, with less than half of that coming in fat gains. More specifically, I added 6.65lbs of lean, and only 4.85lbs of fat. Frankly, any bulk where you add more muscle than lean is a good one in my book.

Another great data point: My peak lean body mass was 164lbs at the end of the last bulk through to 187.75lbs. I am only 2lbs off that peak at a lower total bodyweight of 181.5lbs.

Here’s the charts for reference: 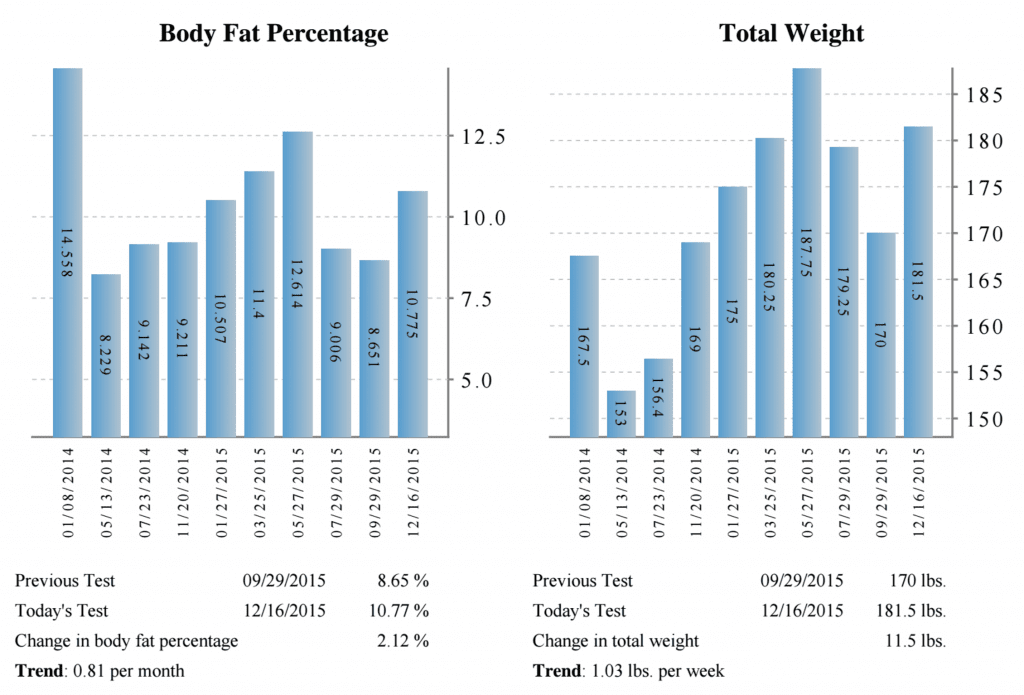 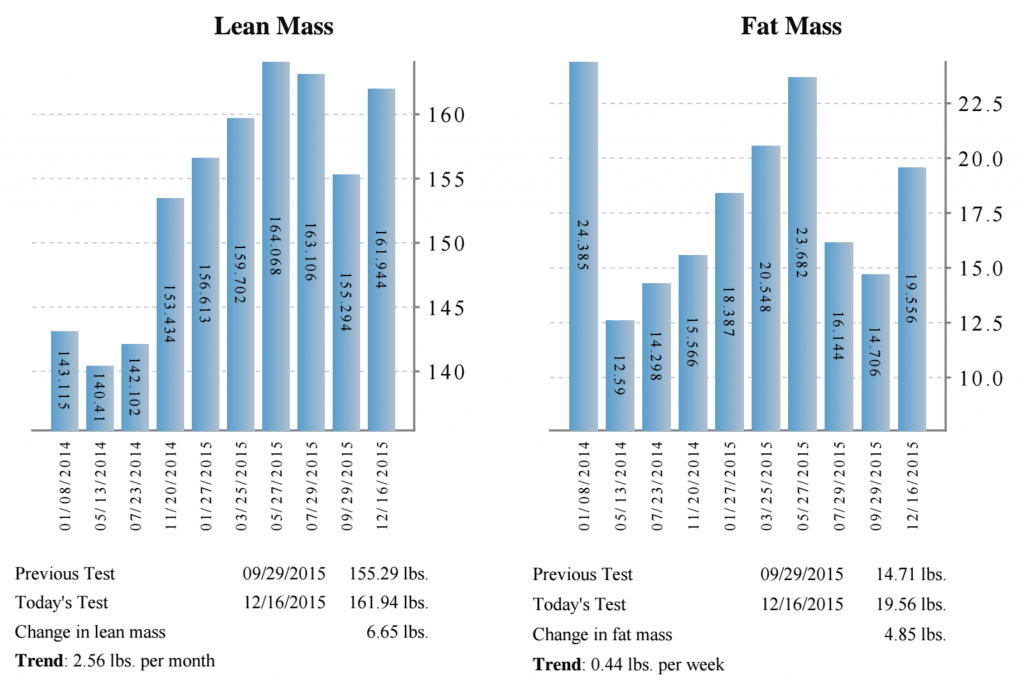 As you can see, if you consider I am in a bulking phase, this last measurement is perhaps my best yet.

This has me poised to push toward 190lbs and hit an all new high lean mass of 165lbs.

The keys for me over the next two months are:

As for goals, they remain unchanged.

Unless I put on an excess of fat sufficient to interfere with muscular gains requiring me to “trim”, there’ll be no formal cutting until I hit 170lbs lean, and preferably 172lbs.

My best guess right now is that I’ll have to hit almost 200lbs to achieve that, a number that’s borderline impossible for me to fathom, especially considering I’ve never even hit 190lbs in my life thus far.

Still, goals are goals and I’ve got good people around me to offer guidance and advice.