Workout mistakes: Part 1 – You don’t have a plan

You’ve resolved to make a positive change in your life, hit the gym and transform your physique. Just don’t make one of these three big mistakes. Otherwise, your progress will likely be very short lived.

I’ve been going to the same gym now for about four years. One of the things that disappoints me the most is seeing the same people coming through the gym, year after year, and not making progress.

More worryingly, when I watch and talk to these people, they are all making one or more of the following three mistakes.

Mistake #2 — They are focused on the wrong things

Mistake #3 — They aren’t eating to support their goals

There’s a lot of overlap with these mistakes, but there are also some very specific aspects to each that need a discussion.

With this post, I’ll be digging into Mistake #1 — lack of planning

The quotes around planning are plentiful, if not a little overused. I’m sure you’ve all heard this one:

“By failing to prepare, you are preparing to fail.”
― Benjamin Franklin

Or perhaps this one:

“Give me six hours to chop down a tree and I will spend the first four sharpening the axe.”
― Abraham Lincoln

The message is clear though. If you want to achieve something, you’d best have a plan. And the bigger the “something”, the better the plan needs to be.

Look. On some level, just showing up is enough. Certainly, it’s a critical first step. But without a plan, you are going to waste a lot of valuable time and energy, and your results are going to fall far short of what’s possible.

Worse still, when our results fall short compared to the energy and effort expended to achieve them, motivation wanes and things can quickly spiral downwards. It’s a vicious circle.

Are you one of these guys?

I see so many guys coming through the gym and spinning their wheels, typically falling into one of three types:

The lost soul wanders from station to station, seemingly with no plan at all. It’s hard to tell if they are just winging it, or gravitating to whatever is free or easiest. There’s nothing particularly wrong with their form or technique, there’s just no structure to the workout.

The over-reacher is a different animal altogether. This guy has typically put in his time on Google first and has come prepared! Sporting the latest Wendler 5/3/1 variation or a GVT set-up, they go at it hard. Too hard. I watch them go through their programs and I cringe. They are generally utilizing weights that are far too heavy, taking too many sets to failure. And just as I think they are done, much to my surprise, their spotter buddy is calling for just three more reps.

The under-performer may or may not have an appropriate workout, it’s hard to tell. They just aren’t putting in the work. These guys are generally spotted watching the TVs, chatting with their buddies or fucking around with their phones. There are sets in between these activities, but they look far too comfortable, and any cumulative fatigue is lost to ever-growing rest intervals. I see them coming back, week after week, looking the same and generally moving the same weight.

The lost soul needs a plan.

The over-reacher has the wrong plan.

The under-performer needs to work his plan.

Forcing your body to change requires:

… and each of these types is generally failing on both fronts.

The dose of stress is either insufficient (or too infrequent) to stimulate a change, or so overwhelming that recovery is just not possible.

For what it’s worth, I definitely spent a great many years in the gym as an over-reacher.

Growing up, my idols were all bodybuilding heros. As a result, I would blindly follow their Olympian workout routines and become despondent when the results didn’t follow. Worse still, I would string these efforts back to back without any consideration for whether it was right for me… which of course, it wasn’t. 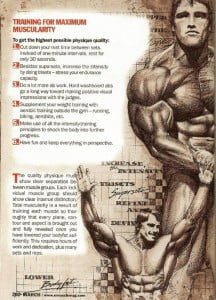 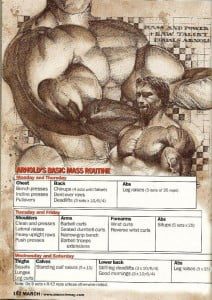 Unfortunately, such exuberance in my early years of training has left me with battered shoulders and horrible imbalances between my left and right side. Issues that I now have to work around in every training session.

Still, I learned a valuable lesson from this on the importance of planning my training.

And now you will too.

What is this planning you speak of?

When it comes to working out and changing your body, having the right plan is critical and should take into account a whole range of factors:

As you can see there are a LOT of variables at play here, and I’ll be covering all of these and more in upcoming posts.

In particular, we’ll cover diet and nutrition as well as mastering the fundamentals of training in the next two installments of our Big Mistakes mini-series.

Noun: the quality or state of being specific.

Goals provide us with explicit context, a framework for making good decisions. With a well defined goal you can let go of emotive choices and really focus on what’s important.

“If you don’t know where you are going,
you’ll end up someplace else.”
― Yogi Berra

As part of your planning, it’s important that you are cognizant of your goal and work back from there, breaking larger goals down into discrete milestones or mini-goals (objectives).

Remember, goals, milestones and objectives should be S.M.A.R.T., where the S here stands for specific.

I learned a good lesson with goal-setting a couple of years back when I decided I wanted to get really lean. I was tired of being soft and was convinced that getting really lean would transform my physique (which it did!).

So I set what I considered to be a very clear goal and went about making it happen. Trouble is, while the goal was clear, it wasn’t specific, and I didn’t much like the outcome. 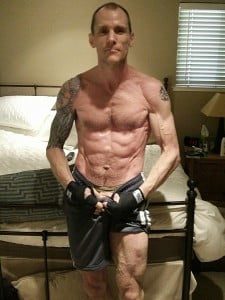 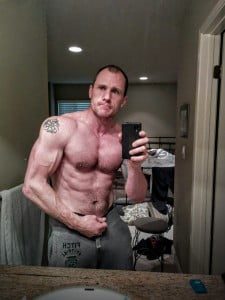 In the first pic here, I am single digit body fat, but weigh in at a shade under 150lbs. Yes, I was lean, but I was also “small”… something I’d been training my whole life to get away from.

Hence I learned to be specific, setting goals like achieve 10% bodyfat (lean) at a bodyweight of 175lbs (size). That second pic is me sitting right around those numbers, less than one year after the first pic.

As for other aspects of goal setting, Tom Venuto does a nice job here of adding two important dimensions to the traditional S.M.A.R.T model for goal setting, adding Emotion and Repetition.

Both additions are incredibly valuable.

The biggest battles on your journey to a better body and better life will be rooted in emotion and behavior. Tapping into the our emotions and understanding why we are setting a certain goal can help significantly with adherence, which is critical to a successful outcome.

As for repetition, I’ll drop some more wise words here:

“In preparing for battle I have always found that plans are useless, but planning is indispensable.”
― Dwight D. Eisenhower

Remember, plan is a noun and a verb. Plans must change in response to changing conditions.

As a result, we must continually engage in the act of planning, adjusting our goals and milestones, as well as the tactics we employ to achieve them.

That brings us to progression

A fundamental tenet of physique transformation is progression. Progressively overloading your muscles capacity for work and forcing them to adapt.

But there are many variables at play here. So many in fact that entire books have been written on the subject.

In reality, progressive overload is non-linear. That is, you just can’t continue to add more weight to the bar every week and expect a uniform adaptation. Hence, there are a host of techniques and protocols for modulating progression, generally known in the trade as “periodization”.

Remember this from earlier?

When you clatter into the gym (hello, over-reacher) and work through endless sets, with many to failure, including forced reps, you are not delivering a controlled dose of stress. You are crushing your body. And unless you are an advanced or elite lifter, in your thirties and forties, this approach to training is disastrous.

Likewise, when your workout has no structure, no continuity or plan, there is no template for progression. Your ability to control the dose of stress over time is missing, and progress is lost.

A good workout plan takes this variable into consideration and provides a clear framework for progression workout to workout.

More than just a workout plan

Another tenet of progression is to maintain periods of progress for as long as possible, thus avoiding plateaus.

As a result, planning your workouts goes one step further than having a single workout plan and takes into account the progression and workload from prior blocks of training to further modulate stress.

Again, thinking back to your goal and milestones, we need to craft a holistic training plan that considers all of the training variables as they matter to you.

That is, your plan should take account of where you’ve been and where you’re going, how much stress you have going on right now, your ability to recover between workouts, sleep quality and more.

Picking the latest and greatest workout from bb dot com or T-nation in isolation and hoping it will meet your needs is a huge no-no. At least not until you have a big-picture plan and can consider and adapt that workout to meet your specific needs.

We’ve covered a lot of ground in this post, and over the coming months, I’ll dig into many of these thorny topics and give you the information you need to make real progress on your journey to a better body and a better life.

Next week, we’ll take a dive into Mistake #2 – Focusing on the wrong things.