I didn’t end-up posting in December last year as there was a lot going on in my world. And, as is always the case, whenever there’s a time-crunch, the blog is the first to suffer. Truth be told, I had the time to blog; plenty of it, actually. I just haven’t been inspired to write lately, in part because I still don’t know what this blog is supposed to be.

At times, it’s very much a journal; just me, sharing my thoughts and opinions with anyone that’s interested (or bored) enough to look. But I also want to make this blog a resource, something useful to help others navigate their way to successfully achieving their health and fitness goals. I am sure there is a way to satisfy both goals in one blog, but it frequently feels like I simply flip-flop between the two extremes. Así es la vida.

To kick things off, let’s start with some updates.

My hormones are finally in check

If you’ve been following along, you’ll know that I’ve been struggling with both hypothyroidism, and low Testosterone levels. In short, it’s pretty good news on both fronts at this point, with my thyroid levels within my [extremely thorough] doctor’s good clinical range, and Testosterone levels back up to where they should be. I am still taking the Synthroid, which frankly, I’d rather not, but the dose is low (75 mg) and we do hope to experiment with coming off the medicine at some point.

The TRT (Testosterone Replacement Therapy) is going well, and I’ve settled into a weekly injection of just 0.5mg of Testosterone Cypionate — straight into the bum. Most of the time it’s painless, although we did hit a blood vessel the other day and managed to get blood everywhere! It happens, and frankly, the TRT has made such a big difference to my mood and sex-life that I couldn’t give a crap whether it hurts, bleeds or otherwise. I am just grateful to be feeling back to my old self.

Making some gains in the gym

Ever since I finished “shredding” with Adam Bornstein, I’ve been working hard to get some size back. While reaching less than 8% body fat was both exhilarating and a monumental achievement (for me at least), it left me looking smaller than small. At my peak of leanness, I think I weighed in at just 150lb, that’s 15lb under my “normal” weight of around 165lb. And it wasn’t that I lost all the muscle, in fact, I held on to nearly all of it during that cut, losing only 2lbs of lean mass. The cut simply revealed just how little muscle I actually had! 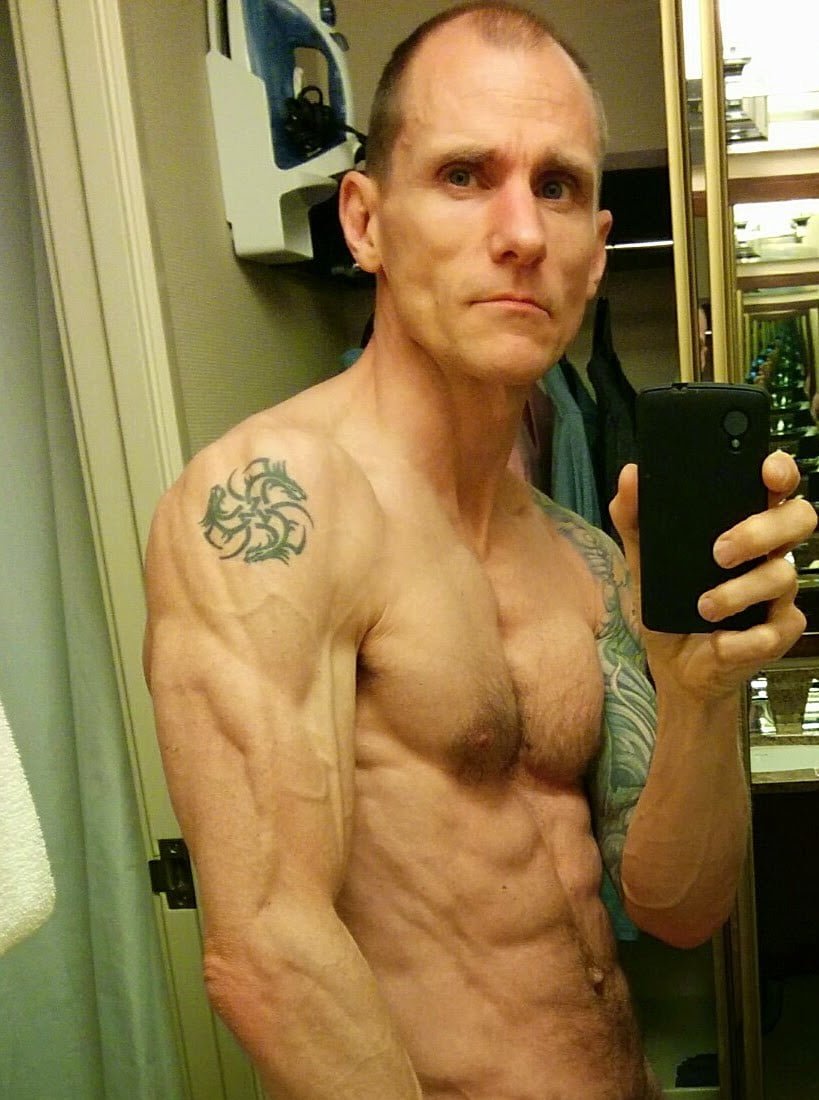 When clothed, I just look like death, and frankly, I NEVER want to be this small again. I really didn’t look healthy and everyone, including my parents, friends and even colleagues at work, would pull me aside and ask me if I was seriously ill!

The reality is that to pull of sub 10% body fat levels, you need to be packing, and packing hard. Hence, the next time you see me at 8% body fat, I’ll be around 175lb. No doubt I won’t be satisfied, but that’s what keeps us moving forward.

And that’s where I am now — still working with Adam to build some muscle and pack on the pounds. It’s working too!

Of course, things are harder now, much harder. Another two months of solid work in the gym has added only 4lb to the scale and I suspect at least a pound of that is fat, maybe more; this next phase is certainly going to be tough.

So that’s where I am now, hovering around the 173lb mark and probably around 10% body fat. Here’s a couple of up to date (albeit crappy) pictures for comparison. Even now, although I am still much smaller than I’d like, the contrast is marked. I at least look healthy, even if I don’t look like I lift [bro] when clothed. 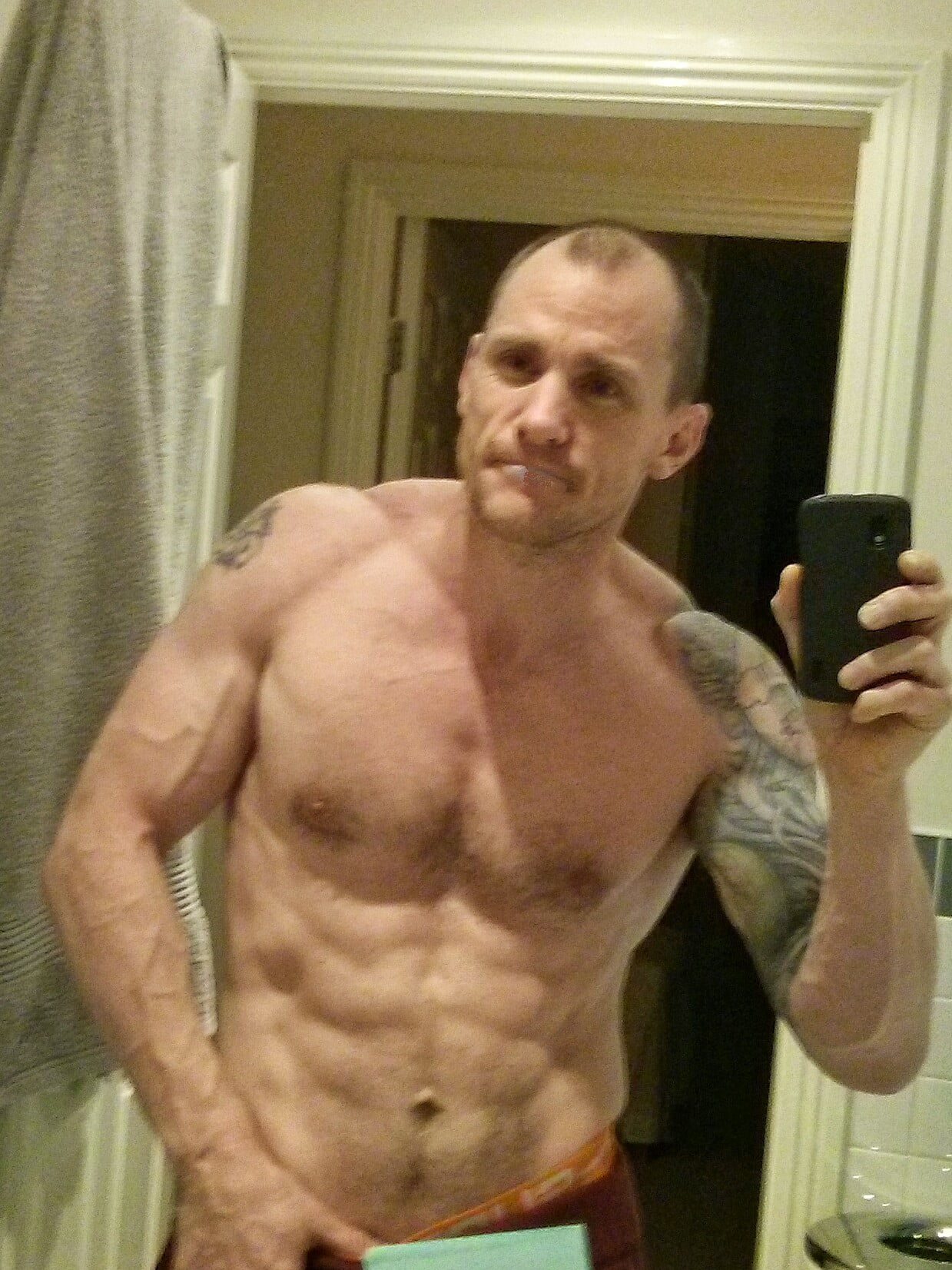 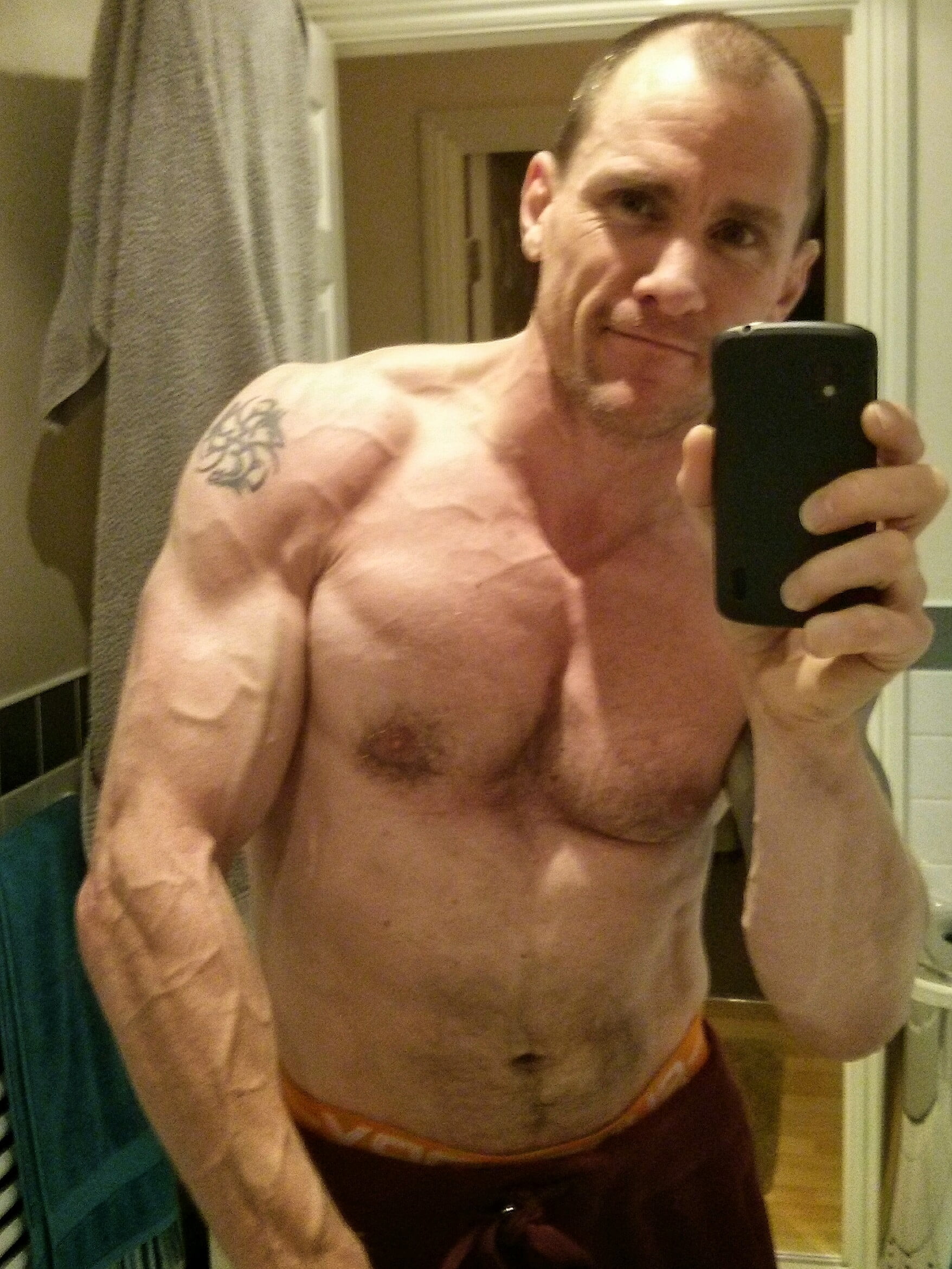 Goals for the year ahead

Given I am inherently goal oriented, I don’t do the whole New Year resolutions. I am setting goals all the time, on a weekly, monthly, yearly and retirement basis! Yup, that’s right, I am already planning my biggest life events at the same time I am planning my meal for this evening. Why? Because that’s how I make progress, or at least feel like I am making progress. When I don’t have goals and just try to go day-to-day, I feel like I am drowning. I’m just not good at feeling like I am standing still.

Here’s a quick run-down of my immediate term goals, at least as it pertains to my health and fitness.

Other than that, I am once again going to try and keep the blog up to date with my progress, thoughts and ideas, as well as a few whines and moans, I’m sure.

As always, thanks for following along, and feel free to ask me questions of give feedback in the comments. I don’t offend easily, so feel free to speak your mind.