Second round of legs, all in the back side 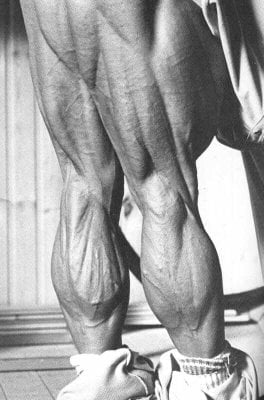 This week, I’m testing six new routines as part of my upcoming cutting program. The plan is to use a 3-day split run 6-on, 1-off, with Sunday as my rest day.

Last night was the second and final leg workout for the week, and unlike Tuesday’s leg session, this one was all hamstrings and glutes.

Truth be told, my legs, and especially my glutes, were still pretty sore from Tuesday… that workout was off-the-charts hard. Still, after a little light stretching and a couple of warmup sets, it didn’t seem to interfere with my ability to move through this workout.

I followed the program as written. Here’s how it breaks down:

I can’t say I love hamstring work, which is probably why it’s a weak body part for me; hence the impetus to split legs front and back. But overall, it was a good workout and judging by residual soreness this morning, I think it hit the requisite muscle groups.

As with all the workouts in this program, the focus is density. Hence, rest intervals were strictly sixty seconds between exercise groups, and no rest between individual exercises in the group.

The first tri-set is simple, yet hard. Eight solid reps on the seated leg-curl, moving straight into stiff-legged dead lifts, and then back on to the leg curl for another fifteen reps at about 60% of the original load. The last set of curls feels light at first and then the message that you’ve already done twenty-plus reps of work hits home and it gets gnarly. Still, I liked this sime circuit a lot.

The second tri-set is less fun, but no less effective.

I work the glute bridges pretty light, trying to really zone-in on the contraction of the glutes. I’m also trying hard to focus on getting the lower-back into flexion, but it’s hard when the glutes are tiring quickly. From here, it’s straight into the kettlebell swings, using a 35lb bell. The movement is all glutes and a little hamstring, driving the bell up with maximal hip thrust.

The hyper-extensions are a mixed bag. I can definitely feel it in my glutes and hamstrings, but the lower back is so pumped at this point that it ultimately becomes the limiting factor in the movement. With each of the four rounds, my performance in this exercise drops off quickly.

So I’ll give this circuit a B grade and ponder whether there are any simple programming changes I can make to shift emphasis away from the lower-back and onto the hamstrings. I have some ideas forming already.