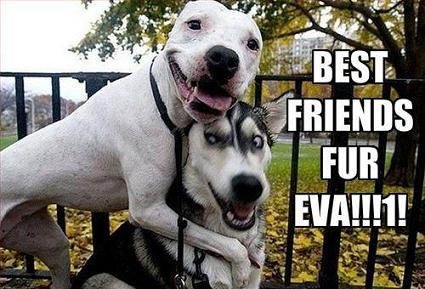 I’ve been training back at a commercial gym in the UK for the last few days and it’s been an eye-opening experience in many ways. And unfortunately, aside from the odd exception, not many of these experiences have been positive, including bro-science run amok, poor to horrible training form and gym etiquette nowhere to be seen.

The first and perhaps the most egregious of the experiences was watching the personal trainer take a young woman through her program. Aside from the appearance of general disinterest and nothing more than about 3 minutes on a rowing machine for a warm-up, the lack of attention to form and personal dynamics was disturbing.

To give a concrete example, the trainer seated the young lady on the leg press – a seated, 35º variant with plenty of footplate – and proceeded to load something close to 205lbs. Now of course, every leg press is different, and even beginners can frequently move quite a lot of weight (this is why they avoid the squat). However, with every rep, I watched this poor girl struggle with the weight, contorting her body to complete the designated reps. More specifically…

… through every one of these reps, the trainer watched and corrected nothing. He should have been moving her feet up and out at least six inches, and giving her cues to ensure her knees tracked her toes throughout the movement, adjusting the weight if necessary to ensure good form.

This sort of abuse upsets me the most as individuals entrust themselves to their trainer on the premise that they will receive the support, guidance and safe instruction that they are unable to provide for themselves. Injury risk aside, this poor girl was learning nothing of value and would unlikely be able to sustain any kind of independent workout. And perhaps more worryingly, if she actually makes progress–and she might–she would think that what she has been taught is fundamental to her continued progress.

With the majority of novice gym-goers turning to their pals for guidance and advice, It’s not hard to see why the general standard of exercise form has degraded over the years. As soon as one “bro” gets a few muscles, he becomes the authority on training, guiding and advising those around him; this pattern repeats itself as the friend-circle expands and the pupils become educators.

One such guy was taking his flock through an bicep training session, including cheat barbell curls, preacher curls, dumbbell hammer curls and then closing with some form of squatted, over the knees, EZbar concentration curls. In total, as best I could tell, about 16 sets for their biceps over a 45 minute period — the time it took me to complete a full chest, shoulder and tricep routine of about 12 sets total. Of course, each of these kids had a little muscle in their arms, but they also showed all the classic signs of an imbalanced workout:

Then there was the two guys that were pushing each other hard through a conditioning circuit that included pushups, dumbbell curls, shrugs, front-raises and deadlifts. And credit where it’s due, these guys worked hard. But the form, oh my, the form. They used a weight vest for the pushups, but then proceeded to knock out partial reps (maybe 50% legit) at a pace that you could tell was putting elbow joints at unnecessary risk. The dumbbell curls were sufficiently heavy to have them arching their backs as they strained to maintain the pace, shoulders were rolled 360º through each of the twenty repetitions of shrugs using two 45lb plates, and the back was fully arched (yes, the wrong way) during every one of the 10 x 135lb deadlifts at the end of the circuit. With every circuit, they become more and more tired, and form suffered accordingly. The deadlift in particular was making me cringe toward the end — I simply couldn’t watch any more!

In one hour in the gym, I saw it all.

… it makes me sad, especially as this is the environment that my son and daughter are exposed to on a regular basis. Sure, I try to teach them what’s right and to be “different” — but it’s genuinely hard to work in around these bozos that populate the majority of commercial gyms. And it’s not like they have specialist (olympic, bodybuilding, crossfit) facilities in the area they can go and train at, nor should have to, frankly.

Closing thoughts: I know not all commercial gyms are like this, and I certainly don’t want to tar all facilities nor individuals with the same brush, but it saddens me deeply to see so little knowledge at work in the gym — especially when a personal trainer is involved. I also recognize that I too have a lot to learn and can likely improve my knowledge and exercise form. However, I have invested a LOT of time in reading, learning and understanding what constitutes a balanced, sustainable workout and also go out of my way to ensure that I am courteous, friendly and a tidy member of any gym I frequent. In short, we each need to take some personal responsibility for our workouts and stop relying on well-intentioned yet bad advice from our bros.